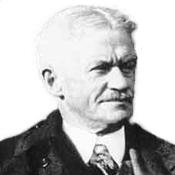 In 1970, in a used-book store in San Francisco, I saw a book called Memoirs of a Superfluous Man.  I found the title compelling and pulled it from the shelf.  I was much better-educated than an American of 20 is today, thanks partly to my own aptitudes and my love of learning, and I was frequenting west coast book stores with my much-more-erudite friend, Michael James McCarty.  (I knew what superfluous meant, so it intrigued me how a man could apply it to himself.)

Inside the Memoirs I found pages sprinkled with phrases in Latin and Greek, much discourse on education, and the sparkling wit of an author I had not yet encountered.  I had taken two years of Spanish in 5th and 6th grade, then two years of Latin, then two years of French — all in public school — and I was in California for a one-year course in intensive advanced Russian.  So the Greek on Nock’s pages didn’t put me off, even though I had not yet studied it.  I bought the book.

About this time I was also reading Eric Hoffer’s The True Believer.  There was much that tied these two books together.  Ergo, I became a reader of all Nock’s available written work as well as Hoffer’s.

As time has passed, I find that I may now be Albert Jay Nock’s most ardent torch-bearer anywhere in the world.  I have corresponded with one of his last living friends, and I am the only person, to my knowledge, who maintains a web site dedicated to perpetuating his work.  The wisdom and wit of America’s fiercest social critic and denunciator of the State — you will find it here at WordPress.